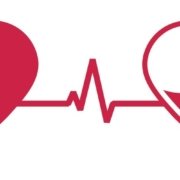 “Save a life” is the phrase you most frequently hear when being asked to become a blood or bone marrow donor. While most times the idea of saving a person you’ll never meet is enough to prompt so many to give, when you find someone who has a personal story connecting a real person to a real need, suddenly the phrase carries more weight.

That’s what happened when Visions employee, Dinah Malkin, approached us with the proposal to add Be The Match to the Visions Blood Drive on Monday, May 8. Dinah has a close friend who, at just 30 years old, discovered she has Chronic Myelomonocytic Leukemia and is still actively looking for a bone marrow match that will save her life.

Upon hearing Lisa’s story and Dinah’s effort to spread the word about the importance of bone marrow donation, we coordinated with BloodSource to add Be The Match to the drive.

In its first step, Be The Match involves only a swabbing of your cheek to see if you are a match for one of 14,000 people with blood cancer whose only hope for living is finding a match. That’s all you would be required to do at the drive. If you’re a match, you will be contacted for further testing. If you aren’t, your tissue type will be added to the bone marrow registry.

It’s estimated that 1 in 40 will be called for further testing and 1 in 300 will be selected as the best possible match for a patient. The process of donation requires a time commitment spread across several weeks as well as a bit of recovery after the transplant. But it’s a unique donation in that your sacrifice will later seem small when considering that you directly saved another person who without you may spend the rest of their life, however long, waiting and hoping.

Here is a video of Lisa talking about her diagnosis. Dinah joins her about half way to talk about Lisa’s fight.

We also discovered the daughter of another Visions employee found out she was a match for a 5-year-old girl with Leukemia. Hilary Ingram, daughter of Julie Ingram, ended up saving the life of Stevye Ray, who was near death before the transplant but is now a healthy 10-year-old.

Here is a video of Hilary meeting the girl she saved while also talking about what giving meant to her.

Bone marrow donors are ideally between the ages of 18 and 44 and must be free of select health issues to be eligible. Be The Match will be available at our blood drive on May 8.