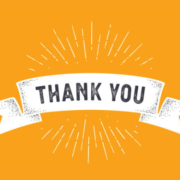 Thanks to the efforts of former Visions employee Peter Breton and the members of the Sober Riders Motorcycle Club, Sacramento Chapter, the Steve Phelps American Dream Scholarship received a $500 donation on behalf of the club.

Peter, who retired from Visions in 2019, helped to raise funds for the scholarship by selling raffle tickets to Visions employees in July. Sober Riders members also raised funds by reaching out to people in the larger Sacramento community. Each year, the club selects a local charity to receive a $500 donation. Since many of the members have a heart for education and the future of our youth, Visions In Education has been their selected charity for eight years.

Steve Phelps was also a former employee of Visions, but tragically died of ALS in 2008. Before passing, Steve set up the scholarship as a final wish and out of a hope that students would realize their potential and see that dreams become a reality through hard work and dedication.

“Steve was a personal friend of mine who I used to fish with,” Peter said. “He was a loving and caring person who cared about his students and their success above all else. I think this reflects all the teachers at Visions, and since the Sober Riders feel our youth deserve a reward for going above and beyond, Visions has been a natural choice for the scholarship for many years.”

The Steve Phelps American Dream Scholarship essay contest will open in Spring 2022. Watch this video to hear from Steve himself about why he set up the scholarship before he passed.

Thank you, Peter, and the Sober Riders for your generous donation!