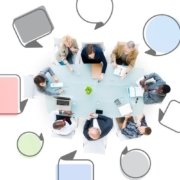 Visions In Education (Visions) recently had our charter renewal petition approved by the San Juan Unified School District (SJUSD) Board of Education. The new charter will become effective on July 1, 2018. Some of the new changes in our charter will include that Visions will become a directly funded school and will be operated as a California nonprofit public benefit corporation.

This means that even though SJUSD will continue as Visions’ authorizing school district, Visions’ governing board will change from the SJUSD Board of Education to our school having its own governing board of directors. Visions’ charter has established that the school will have no less than five and no more than seven directors.

Visions is seeking new community members to serve on our governing board beginning in November.

There are five openings and we will continue accepting applications until all five are filled. Please forward or provide the below information to any community member (not a Visions parent or employee) who may be interested in serving a two or three-year term. Interested community members can fill out the form listed below. Thank you for supporting our school!