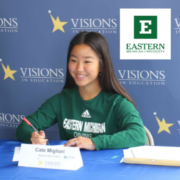 Visions In Education is proud to announce that Home School Academy Senior Cate Migliori of Stockton signed to the Eastern Michigan Swimming and Diving Team on May 2, 2022! Visions helped Cate focus and master her athletic pursuits while earning her diploma.

“Visions’ support these past 10 years was outstanding, and I couldn’t have done it without you,” said Cate.

Cate started recreational gymnastics at the age of four. By the age of six she was competing, and by 10 she was listed as one of the top 100 gymnasts with USA Gymnastics. In 2018 she had hip surgery and started a year-long recovery. With a lot of hard work and physical therapy, she was finally ready to resume training. Unfortunately her coaches moved to a new gym and after 10 years of competitive gymnastics Cate needed to find a new sport.

It was in her sophomore year that Cate found Delta Valley Diving, located in Stockton. As she began getting acquainted with this new sport, she put her gymnastics training to work. Eight months in, the pool was shut down due to COVID-19, and she wasn’t able to use the pool for two years. During her junior year in high school she began talking with college coaches.

“After a very long recruiting process, I finally found a school that seemed to fit me best: Eastern Michigan University,” beams Cate. “I am beyond excited to dive Division I at EMU, as well as continue my academic career studying exercise science.”

Cate, a lifetime California Scholarship Federation (CSF) member, currently has an academic GPA of 4.39 and has completed 312.50 high school credits. While enrolled with Visions, Cate attended San Joaquin Delta College, where she currently has a 3.86 GPA, and will close out her senior year with 50 college units.

According to her mother Kristyn Migliori, “Visions In Education gave our daughter the opportunity to follow her dreams while receiving an exemplary education. Her credentialed teacher kept her on track academically and tailored the educational choice to her. I cannot thank Visions enough for such a wonderful educational experience.”

Coach Robert Wimberly had this to say about Cate’s success: “Working with Cate for the last few years has been an excellent opportunity for me to become a better coach and to help her transition from gymnastics to another sport … She’s obviously been very successful and I’m very proud of her to go on and continue diving at a Division I level.”

“Cate, congratulations! You have excelled academically while maximizing your development as an athlete. What a great tribute to charter school choice and the opportunity it offers to each student in support of their individual goals,” shared Visions In Education Home School Principal Sue McCroskey.

Thank you to Kristyn for contributing Cate’s background for this article. 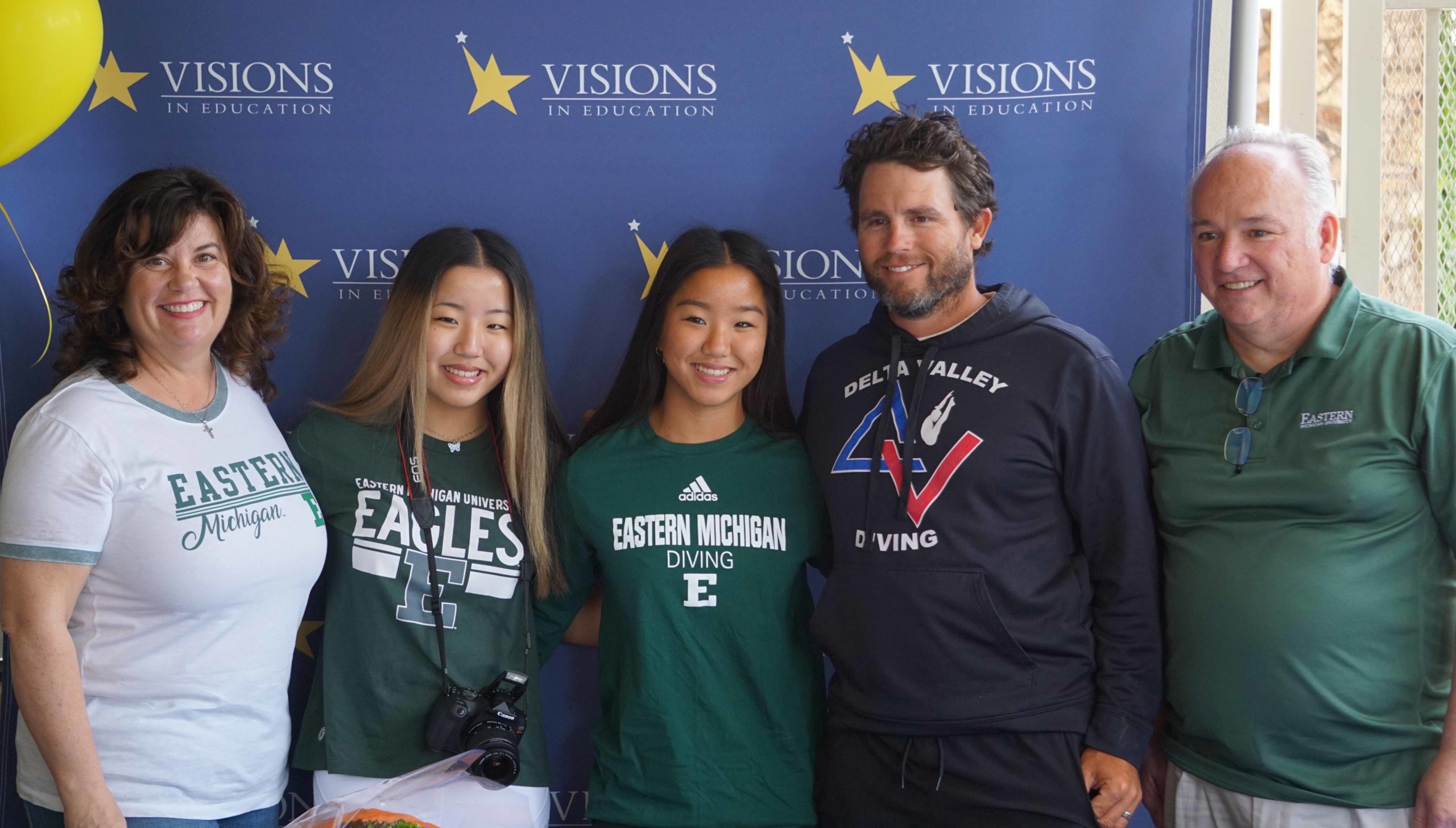 Cate celebrates signing her NLI with her family and coach 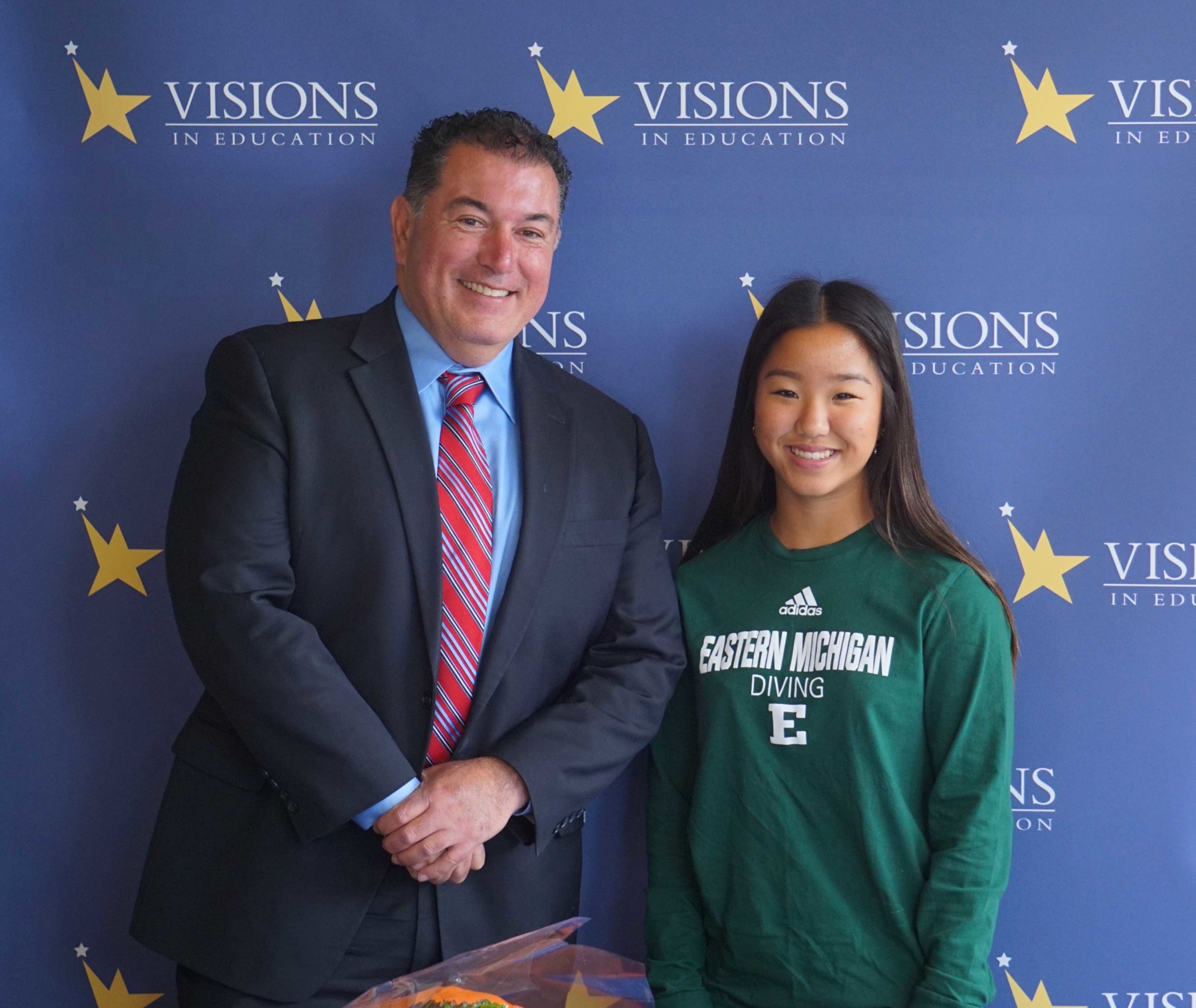 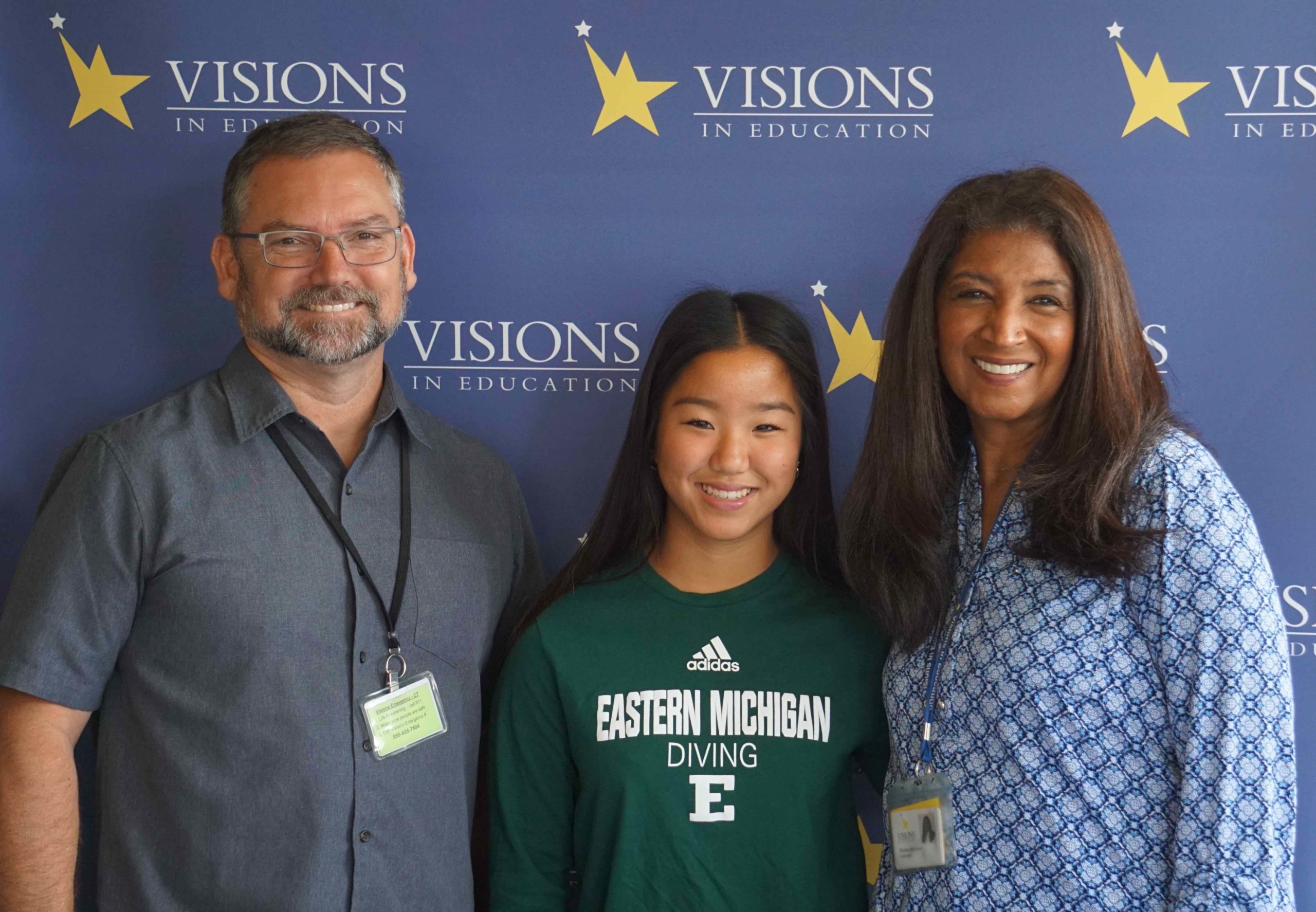