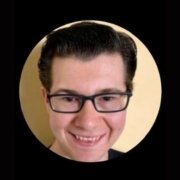 “The work that I’m passionate about today started when I received a heart transplant at two,” says Christian Sutton, Class of 2014 Valedictorian and Donate Life California Ambassador. “The greatest hero that I never met was the three year old who donated my heart.”

The heart transplant that saved his life was only the first of many ongoing health issues that made schooling a challenge for Christian’s family. Christian needed a school that would accommodate his needs and allow him opportunities to succeed, which he found with Visions when he came in sixth grade.

Christian worked with his teacher to find ways to complete his schoolwork while traveling for medical appointments. During his Junior year at Visions, Christian began exploring community service opportunities with the support of his teacher, JeanAnn Walth. His personal experiences provided a unique perspective on the organ donation process and he reached out to Donate Life to become an ambassador for their program.

“It is so important to start with a conversation,” Christian says. “It starts with asking the question; what is organ donation? I want to have those questions answered with the facts.”

With his teacher’s coaching, Christian began speaking at schools, hospitals, and government offices about the realities of organ donation as well as clearing up misconceptions spread by popular media. He spoke in front of Visions staff during his graduating year and finished his education with Visions as Valedictorian of the Class of 2014!

The Beat Goes On

After graduating, Christian continued his advocacy as he went to school for public relations and communication. He continued to build on his strong academic foundations and received multiple academic honors recognitions from both American River College and Cal State Fullerton.

During the 2020 lockdowns, he was faced with the challenge of completing his internship requirement in a time when few businesses were open. Amazingly, Christian leveraged his connections and past service with Donate Life to create his own internship position with the organization that allowed him to graduate this year – a position that will continue for future students!

Having graduated, Christian is dividing his time between an internship with Disney in Florida (where he hopes to network and see how a Fortune 100 company handles public relations) and continuing to speak on behalf of organ donor programs. Looking back, he is thankful to all his teachers and Visions staff that allowed him to display his full potential.

“Visions was amazing at accommodating that and helping me succeed in spite of those obstacles,” says Christian. “They really created an environment where I could thrive.”