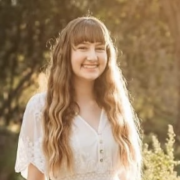 “My favorite part of doing magic is that I am able to show people something unexpected and pretty unexplainable.”

Since Maris Carlson was seven years old, she has been captivated by stage magic. From the trying process of learning a new trick to the look on the faces of her audience when she finally masters it, this sophomore has made magic her mission. Whether performing for friends or at her local library, Maris always finds a way to astound the crowds that come to see her.

But during the tumultuous events of 2020, Maris was forced to look for an independent study program with more than twenty years of established history and roots in the community. At Visions, Maris found that she took to independent study well, supported by her teacher Jennifer Russell.

“I actually really liked doing independent studies,” says Maris. “I also really liked that there is a University Prep program and that I could do concurrent enrollment with a community college.”

Even though she’s planning on taking an acting class at a community college, Maris already has a full plate balancing her school work with her passions. With the help of her teacher, she creates a schedule that works for her and still allows her time to focus on reading, playing musical instruments, and of course, her magic. She’s even had her writing published as part of a Find Your Voice writing class anthology along with her fellow student writers.

Recently, Maris even won a trip to a magic conference in Ohio as a result of performing a magic show for the general public!

And For My Next Trick…

After high school, Maris plans on continuing her education in college. Though she doesn’t know what she wants to major in at the moment, she does know that her goals lie in higher education and credits her teacher for teaching her something called “The Power of Yet.”

“That’s basically a way of saying that even if it seems impossible, it’s just not possible…YET!”

Whatever the future holds for Maris, you can be sure that she’ll always have a trick or two up her sleeve. 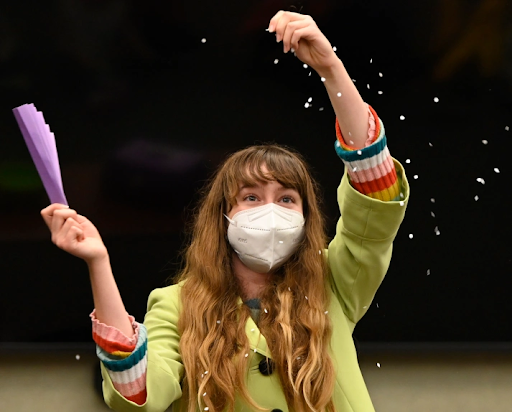