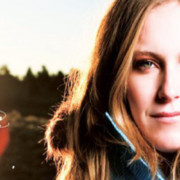 Jamie Anderson can now add “first female snowboarder to win two medals at a single Olympics” to her resume! She won silver in the first Olympic big air competition with a final score of 177.25. Read more about Jaime and her Olympic success below.

“History is made here in PyeongChang, Jamie Anderson was homeschooled when she was younger so she could ride during the day and study at night.” –NBC Sports announcer Liam McHugh

We’ve been following her success from the very beginning. She began snowboarding in South Lake Tahoe at the young age of nine. Homeschooled by her mother, along with her eight siblings, Jamie studied her academics but also focused on her character and passions. Her freedom and ability to balance her education with her talents allowed her to become an Olympic and X Games champion.

“I think that [homeschooling] has cultivated who I am today,” Jaime recently told the Los Angeles Times, “because I got to tap into my own passions and purpose at a young age, and I wasn’t stuck in a school room being ADD and crazy. I think kids need that freedom to understand who they are.”

Jamie’s most recent slopestyle gold medal win in the PyeongChang Winter Olympics was beyond impressive. The competition was delayed due to windy conditions and 41 of the 50 athletes that competed crashed but Jamie came out on top.

“History is made here in PyeongChang, Jamie Anderson was homeschooled when she was younger so she could ride during the day and study at night,” said NBC Sports announcer Liam McHugh. “So it seems this has paid off once again, the 27-year-old is now the back-to-back Olympic gold medalist in women’s snowboard slopestyle.”

Next up she’ll be competing in the inaugural big air snowboarding event on February 22. This is the first year this event has been included in the winter games and it tests the Olympians to ride down a 160 foot tall snow ramp with a single jump at the bottom. The ramp can propel riders to go as fast as 50 mph and send them 20 feet into the air! We’re wishing Jamie the best of luck and look forward to seeing her compete yet again!

The photo in this article is used with the permission of Jamie Anderson.