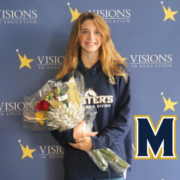 Visions In Education is proud to announce that Home School Academy Senior Kylee Sears signed to The Master’s University Swimming and Diving Team on November 10, 2021.

Kylee has been a Visions student for the past four years and during that time has swam competitively with the support of Spare Time Aquatics. Her brother, John “JT” Sears, is also signed to The Master’s University swim team.

One of her high school coaches, Matt Paige, had this to say about Kylee regarding her improvement over the past three and a half years: “In the 500 freestyle she’s gotten 47 seconds faster over the past three and half years. That’s monumental and it goes to show her dedication and that she’s always willing to put in the work … .bottom line she gets the work done, is willing to bring her smile and joy and her teammates certainly love her. I know at Master’s she will do so well in the NAIA. She had plenty of Division I offers but the fact that she’s willing to go to a school that shares her values so she can contribute to their program is fantastic. Congratulations.”

Master’s University Aquatics Director and Head Swim Coach, Olympic medalist Gabe Woodward, is eager to welcome Kylee to the team saying: “We are very excited to have Miss Kylee Sears come swim for The Master’s University! We see her as an outstanding addition to the team both in and out of the water and are excited to see the Lord grow her and use her. We will be watching her this season in anticipation of the beginning of her career as a Mustang next Fall. Go Mustangs!”

Kylee had this to say about her education: “I chose The Master’s University because it believes in educating the whole student, both mind and heart, inside and outside the classroom and intentionally has a small student body that allows for individual mentorship and discipleship in all areas of student life, academics and athletics. These are the qualities that I appreciate about Visions also … the individual attention and the development and concern for the student with individual learning goals and strengths.” 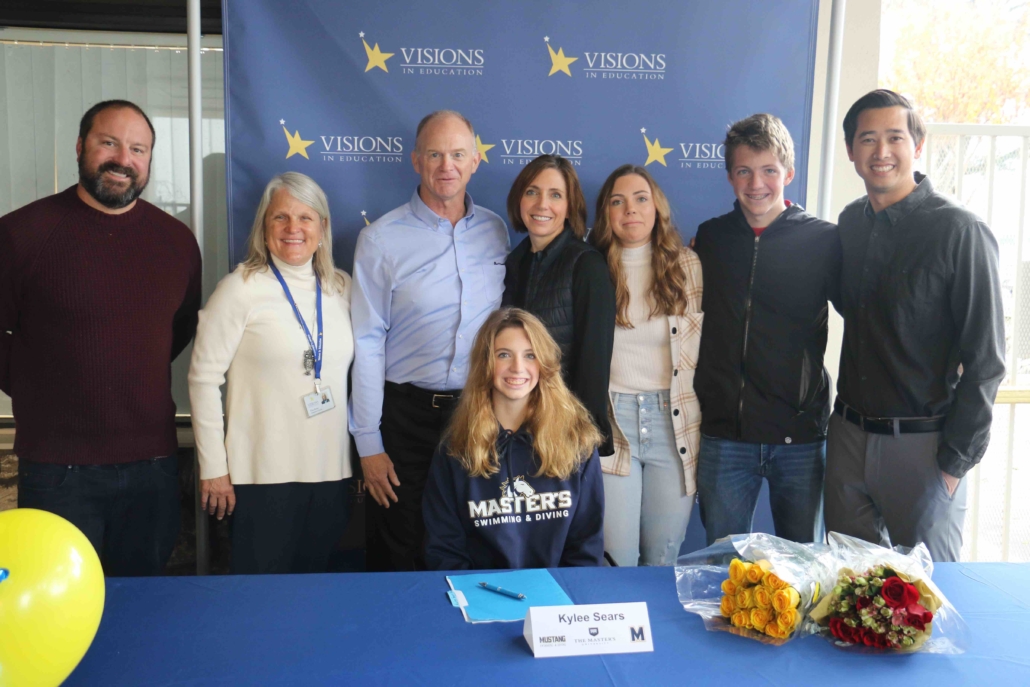