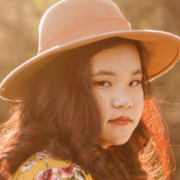 For Tia Kawazoe, Visions was part of her family life ever since Kindergarten. A dedicated reader, swimmer, and avid knitter, Tia’s parents wanted to offer her the same personalized learning and flexibility that her older sister already enjoyed as a Visions student.

With the help of a team of qualified credentialed teachers, Tia was able to get a quality education that allowed her to pursue her interests. At Visions, Tia learned valuable time-management skills and how to balance a rigorous course load with a schedule of extracurricular activities.

“I had to be diligent about my time,” says Tia, discussing her strategies for completing her schoolwork. “I would set an hour timer and do school for an hour. Once the timer rang, I would take a break and then start up again.”

Once in high school, Tia distinguished herself by tackling new academic challenges in preparation for college while still finding time for extracurricular activities. With Visions’ support, Tia began taking community college classes to get a headstart on college. She participated in the Find Your Voice writing program and became a Life Member of Visions’ branch of the California Scholarship Federation (CSF), earning scholarships for enriching her community. Tia also had the opportunity to shadow members of the Sacramento District Attorney’s office, gaining valuable insights into a career in the criminal justice field.

Tia was part of our graduating Class of 2021 and one of the recipients of the Steve Phelps American Dream Scholarship! She plans on attending Solano Community College to continue her undergraduate work before transferring to a four year university. She credits her mother and her Visions’ teachers for helping her succeed and discovering her true potential.

“All of them have been extremely supportive,” Tia says. “They helped me flourish as they worked with my mom to create the best academic and life plans for me.”