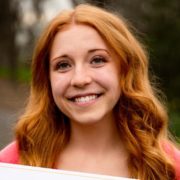 Though nursing is a fast-growing profession, Allisyn T. has been around nurses since she was a girl. The daughter of a nurse, she grew up on stories from the ER where her mother worked and looked up to her example as a nurse. As someone with a knack for science, Allisyn naturally chose to follow in her mother’s footsteps. But to do that, she wanted to find a school that would support her career aspirations and allow her to get a headstart on the career she wanted. At Visions, Allisyn was able to complete her high school work while pursuing higher education.

“Visions had an awesome medical assistant program,” says Allisyn, when talking about her decision to come to Visions in her junior year. “At a normal high school, I couldn’t have done it.”

At Visions, Allisyn enrolled in a medical assistant program in Elk Grove where she managed to balance her high school coursework with training and hands-on experience in the medical field. In addition to the medical assistant program, Allisyn also works as a nursing assistant at a care facility in Auburn as well as volunteering with her mother at a medical clinic that serves the homeless population in Sacramento.

“It’s all about having a schedule and having time separated out to do each thing,” says Allisyn when asked how she balances her studies with her extracurricular activities. Working with her teacher, Tracy Jones, Allisyn is able to study at her own pace and structure her day around her personal goals. Allisyn also credits the support of her teacher as well as her counselor with connecting her with the resources she needed to succeed.

“My teacher has been super helpful and Julie Winalski [her counselor] is great!”

After two years at Visions, Allisyn is going to graduate as a part of the Graduating Class of 2022 on June 8th! Thanks to her hard work, she’s been accepted into a nursing program at DeSalles University in Pennsylvania. Allisyn hopes to build on the foundations she built and continue on the path to becoming a registered nurse by gaining more hours of experience in the medical field. She is optimistic about the future and thankful to everyone who has helped her get to where she is today.

“I love Visions flexibility,” says Allisyn. “I wouldn’t be able to get my CNA or my MA without it.”