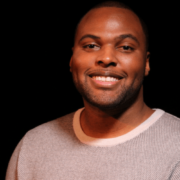 Tarig Elsiddig has dreamed of being an actor since a young age. After moving from the Bay Area, he found that he was struggling to acclimate to life in a new town. His grades were slipping, he felt depressed, and he didn’t have time to attend auditions or play practice due to the time-consuming demands of his new public school. After speaking to his mother about his concerns they began researching alternative education options and found Visions.

Visions allowed me to create my own schedule and feel a lot more at ease. Looking back this [choice] improved my mental health.

At Visions Tarig was able to realize his potential and lift his grades. He had a flexible schedule that allowed him to attend auditions and participate in theater performances. He honed his time management skills and became more and more independent. Most importantly, he was able to learn and pursue his passion for acting at the same time, thanks to Visions’ supportive environment.

Where Is He Now?

After graduating from Visions Tarig briefly attended community college before taking time off due to his budding acting career. He has become a successful stage actor and recently starred in Chautauqua Playhouse’s “A Time To Kill” and the Sacramento Theatre Company’s production of “To Kill a Mockingbird” in a leading role as Tom Robinson. He’s always running to and from auditions and practices and hopes to eventually take his talents to the big screen.

Tarig also recently recorded a radio ad and video interview sharing his Visions story. He hopes to help other struggling students find Visions In Education. Hear his story on our YouTube channel or watch below.

“Visions prepared me for independence. It forced me to really lock in and focus, and now I use that same focus and apply it to any and everything that I study, including scripts for a stage play.”