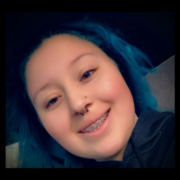 “I’ve always wanted to be in healthcare,” says Alyssa G., a junior with dreams of helping people for a living. But despite her medical ambitions, Alyssa struggled to find her groove in traditional school settings. Alyssa needed a flexible learning program that allowed her to pursue her interests while completing her high school diploma. She found Visions In Education, where she found some much appreciated career guidance.

As part of the Career Technical Education (CTE) program, a program for juniors and seniors exploring various career paths, Alyssa learned more about the realities of various medical professions. She learned patient safety and medical best-practices designed to help her get a jump start on her career.

“I learned a lot about myself,” says Alyssa. “It helped me figure out what I wanted to do.”

Visions flexible schedule allowed Alyssa to work at her own pace while exploring extracurricular opportunities. Alyssa was also able to take automotive classes through Visions’ Automotive Program partnership with American River College where she learned the fundamentals of automotive maintenance. Additionally, Alyssa participated in Visions’ Find Your Voice program that empowers students to find their unique creative expression through writing. On top of all of this, she’s coached by credentialed teachers Lonny Gossett and Nancy Ortner who support her career and academic goals.

The Prescription for Success

In exploring various career paths, Alyssa determined that she would like to pursue a career as a radiologist! She plans to complete her high school education and then transfer to a college to complete her radiologist’s schooling. She credits her teachers with putting her on the path to success and helping her determine which career suits her best.

“Visions helped me figure out what I wanted to do with life,” says Alyssa.